It’s been the busiest week and I can proudly say I’ve completed a significant part of the GSoC project. I can’t wait to meet my fellow Mozillians, since I’m off to London, for the Mozilla All-Hands!

Armen and Dustin had a Rapid Risk Assessment meeting and agreed to give me TaskCluster credentials for scheduling TaskCluster jobs in the try repository of Treeherder. Once the TaskCluster-Treeherder integration improves, I will be given scopes for the rest of the repositories.

I started immediately, and after a long day of hacking and pinging Dustin, I was finally able to resolve all dependencies (using Depth First Search on the task graph) and schedule some jobs. You can see my results here. I’ve written it neatly in this pull request and added some changes to this to translate pulse messages and schedule tasks.

Having said this, we might decide to skip this approach since I’m having to re-write most of optimize.py, an in-tree file written by Dustin which does pretty much the same thing and more in a much better fashion. We are going to introduce Action Tasks and schedule them in Pulse Actions, which pass on labels to optimize.py to do all the hard work.

I had a few bits and pieces left in my main Pull Request, primarily adding timestamps to pulse messages, adding a few comments, and restricting usage to the try repository. I’ve completed that and it’s ready for final review. The bug is 1254325.

We’ve made a lot of progress here, and the highlight of our work is the first working neural network! Here is the plot we’ve managed to produce (estimated redshift vs actual redshift) :- 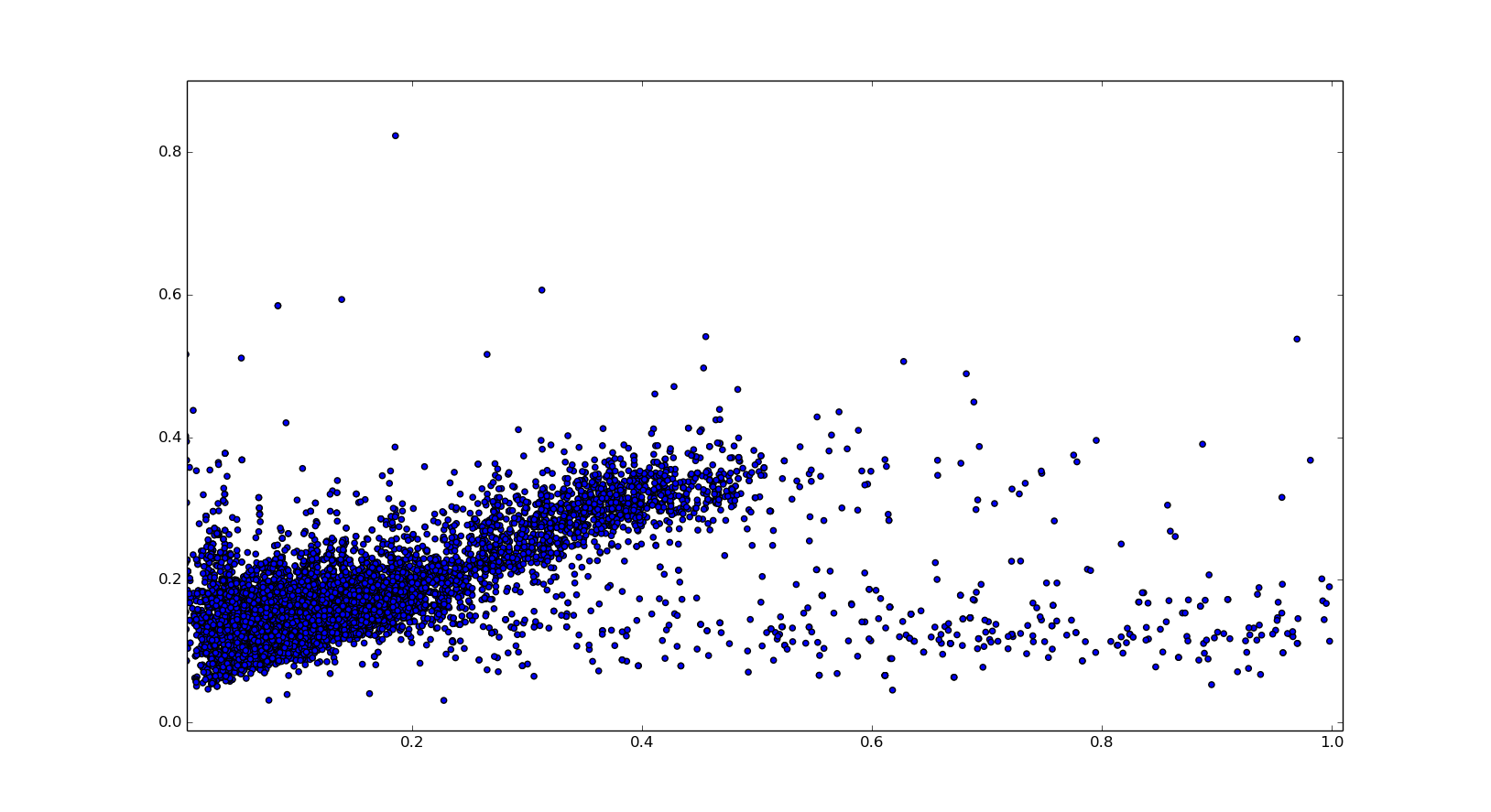 There are a few points having a low estimated redshift which are distinctly off the clump of points. These are points having nearly the same value in all five photometric filters. We’ve isolated them in this script and are getting better plots on doing so. I’ll describe the project in detail later on.

New friends, New city, and a lot of fun! I hope to have a lot to write about next week! Till then, see you in London :)