My MozLondon trip ended on a high, when Armen gifted me a super cool Star Wars Rebels LEGO kit! I spent a complete day this week making the starships, and they are brilliant to say the least! This is what the Darth Vader ship looks like. 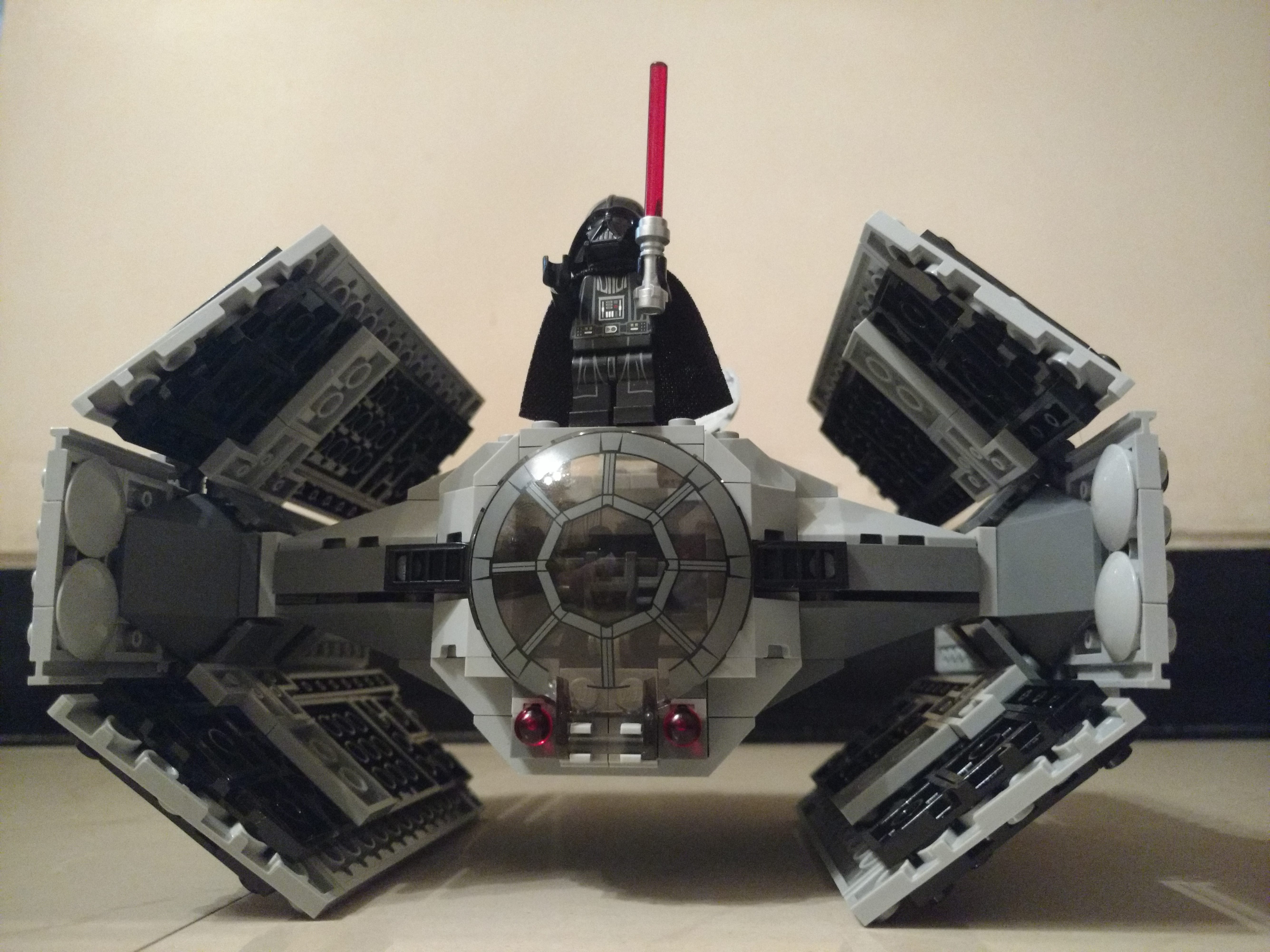 So I’m now having to do some in-tree work. It was an eventful week full of Action Tasks.

Why not Pulse Actions?

So the original plan to schedule Treeherder jobs was completely using pulse_actions, following an approach similar to Buildbot jobs. There are several problems here. TaskCluster has several authentication steps, and we needed to go through an RRA before I could be granted credentials to schedule TaskCluster jobs in Treeherder via Pulse Actions. TaskCluster is going through a lot of changes and it would be impossible for pulse_actions to keep up with this. Most importantly, Dustin had done most of what I was doing in pulse_actions in-tree. The code he’d written is more effective since it was optimizing the task graph removing redundant steps.

Hence we decided NOT to go ahead with this. Nevertheless, it was fun writing a basic version of the code as it involved some graph theory. As you can see in the last blogpost, I did succeed in scheduling jobs using this approach.

What are Action Tasks?

The major disadvantage of action tasks is the non-parallelism with the approach for Buildbot jobs. However, since Buildbot jobs will soon be TaskCluster jobs, it makes sense to go forward with Action Tasks.

Are we going to kill Pulse Actions?

I’ve had an excellent week with respect to programming action tasks. It started by filing Bug 1281062. As you can see, I’ve added patches. Yes, we have our first green action tasks! :)

So I started by creating a new mach command, mach taskgraph action-task. Here is what a sample command looks like -

There are two parameters here, the very same parameters I fetch from Treeherder. The gecko decision task ID and a comma separated list of Task Labels for that decision id. I am sending exactly these two parameters down the Pulse message.

This mach command downloads the corresponding full-tasks-graph file and generates a TaskGraph object using it. (TaskGraph defined here). This then passes through the in-tree code to generate aritifacts, optimize the task graph and schedule the tasks.

In the above picture, tc-M(dt4) is the job I passed in the parameters, and it was successfully scheduled. Unfortunately, optimize.py hasn’t done its magic as taskcluster-images were also scheduled. I might need to dig into what’s wrong, but atleast we have an awesome start! This is the push on Treeherder. We’ve tracked the task here.

It’s raining heavily in Mumbai all day, so I’m pretty much indoors. I visited the Facebook Mumbai office and it was really cool! We have started a new Seasons of Code project in our club named Rattlesnake to teach people Python. I might do the same tasks in Perl!

We might have to merge the Treeherder Pull Request putting some UI restrictions to help Mike Ling continue with his GSoC project. I hope to complete my action tasks patch and write a function in MozCI / Pulse Actions to schedule Action Tasks on receiving pulse messages.