It’s been a long time since my GSoC blog series, and I’ve had an exciting week thanks to a Computer Graphics assignment on OpenGL. The assignment involved creating a Paint application which can save / load images in a vector like custom format, without using any of the in-built functionality that OpenGL gives us. This blog describes the algorithms used along with a few screenshots of the results.

The entire project has been hosted on a private repository on Github for now. All features requested for in the assignment have been completed.

All drawings are done on a 1024 x 640 black canvas. This program can draw lines, triangles, of any color and thickness. It has an eraser function which paints in the background color. There is a fill feature, which emulates any drawing software’s Paint Bucket function. Lastly, there is a feature to save your current drawing. This is saved in a vector format, and can be loaded back into the software to reproduce the painting.

Here’s a painting of stars on a blue backdrop

To plot a single point at (x, y), a point_t object was created having color same as the attribute in pen_t. This point was then extrapolated depending on the size provided by pen_t. For size = 1, a single pixel was plotted. For size = 2, a 3 x 3 grid was plotted with (x, y) as the centre of the square. In general, for size = i, a 2i-1 x 2i-1 square was plotted centred at (x,y).

To draw lines, the Brensenham Algorithm was used and implemented in all eight octants. Each desired pixel was drawn individually after an adjustment on size and color, depending on the attributes of the pen_t class. All pixels were first added to a 2D array and plotted on the screen at the end of the whole operation.

To draw triangles, three lines were drawn in succession.

To fill a certain section on the image, first a seed pixel is provided by the user. The color of that pixel is called the target color, and all pixels which are connected (horizontal and vertical connections only) to this pixel by a series of target colored pixels are colored by the fill color.

The program maintains a list of operations performed on the canvas from the start. The operations supported are drawing lines (code 'L'), drawing triangles (code 'T'), changing pen configuration, (code 'C') and filling figures (code 'F'). Each of the corresponding classes have a pair of functions, to_string and from_string.

Each time one of the above operations happen, the to_string converts relevant information about the object to a string and stores it in the list along with the op_code. On pressing Save, the list is read out and written down into a file.

On pressing Load, the file is read and divided into op_codes and inputs. The input strings are fed into empty objects via the from_string function, which populates the object’s parameters (for example, the endpoints of a line_t object). This object is then drawn to the canvas. 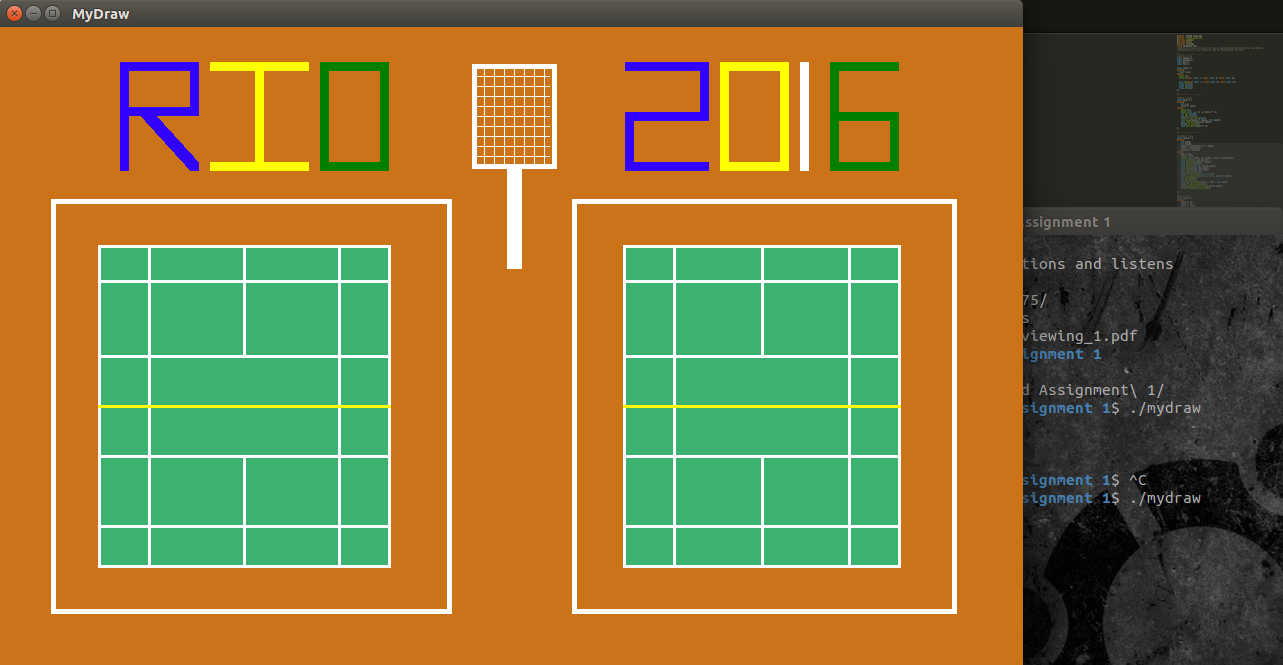