I’ve generally been pretty skeptical about cycling outside the IIT campus in Mumbai. It’s slow and dangerous due to the reckless Mumbai traffic. I’d made a few midnight trips to other parts of Powai last year, but never ventured any further. Nevertheless, our group (including Abhin Shah, Karan Chadha, Kumar Ayush and Sandesh Kalantre) planned a 5:30AM cycling trip to Versova Beach on Sunday, 3rd September. A 35KM round-trip, I was really looking forward to this after a two month break from cycling (in Chicago).

Unfortunately, the weather Gods were relentless. Despite relatively clear skies after the recent floods, there was heavy downpour early in the morning. It was looking like another gloomy day until this tweet came along,

Our captains had predicted a memorable day, and decided we must get going in the heavy rain. It was 09:50AM, and boy, what a classic case of prescience it turned out to be.

The onward journey was scary. As Mumbai does not have significant cycling tracks yet, cyclists generally use service roads or stick to the leftmost parts of the shared vehicle roads. Unfortunately, the night’s downpour had filled the sides with puddles and potholes. There was a constant drizzle with occasional heavy downpour. The worst part was the traffic, especially due to the late morning hours and wrong route choices (most of our onward journey was on Metro Line 1). Slowly and steadily, and after a couple of incorrect turns, we finally reached Versova Beach - a sight to soothe sour eyes! 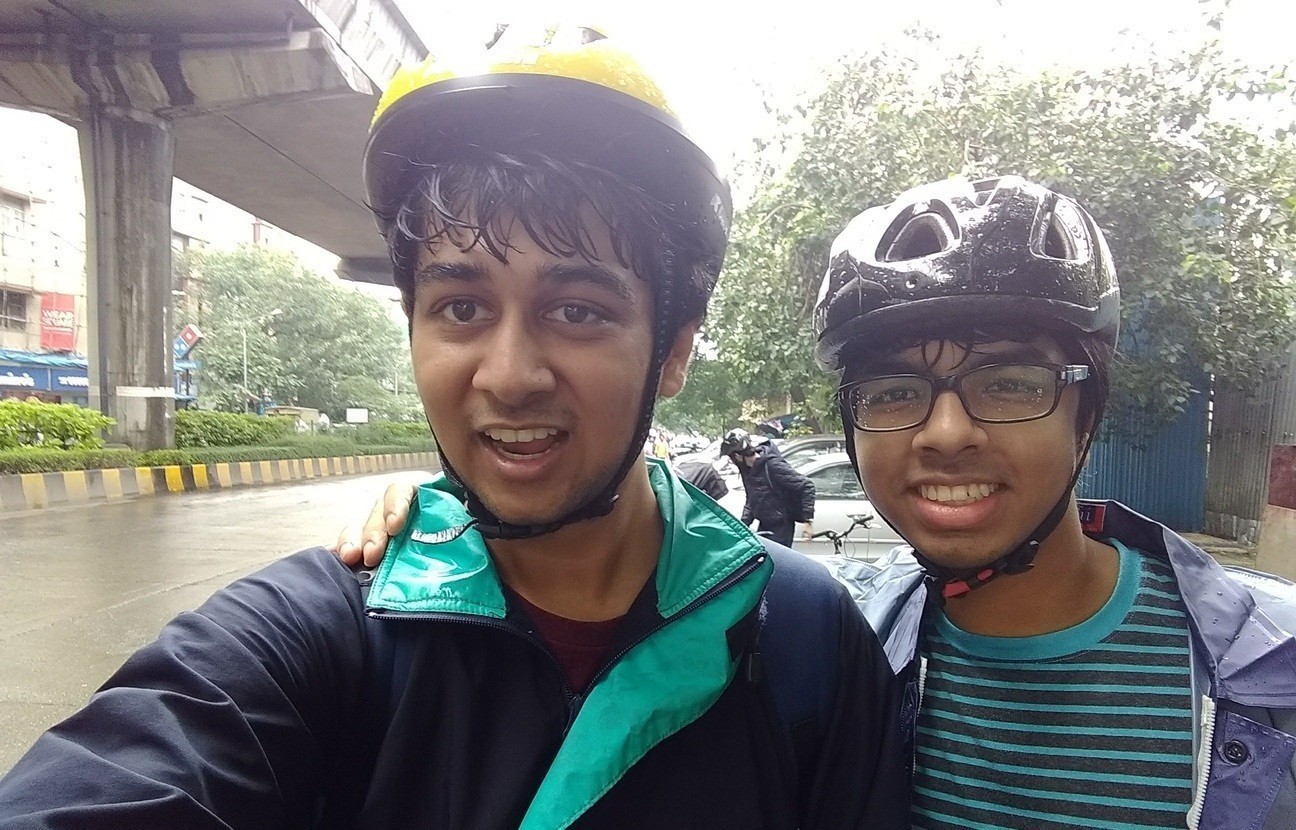 The beach was relatively clean and empty, thanks to the “Versova Clean-Up”. The sun was peeping through the clouds. In the distant south, a faint image of the majestic Bandra-Worli Sea Link could be discerned through the smog. We did what any child would do - took photographs / selfies, built a sand castle, destroyed it, collected clean shells and waded through the waves. After a sumptuous lunch of Pizza, Oreo Milkshake and Tea at Tea Villa Cafe, we disembarked on our return journey. The return journey was relatively faster, (ignoring the cycle breakdowns) with less traffic, dry roads and a more optimal route. After a tortuous ride, we got back home at 4:45PM! 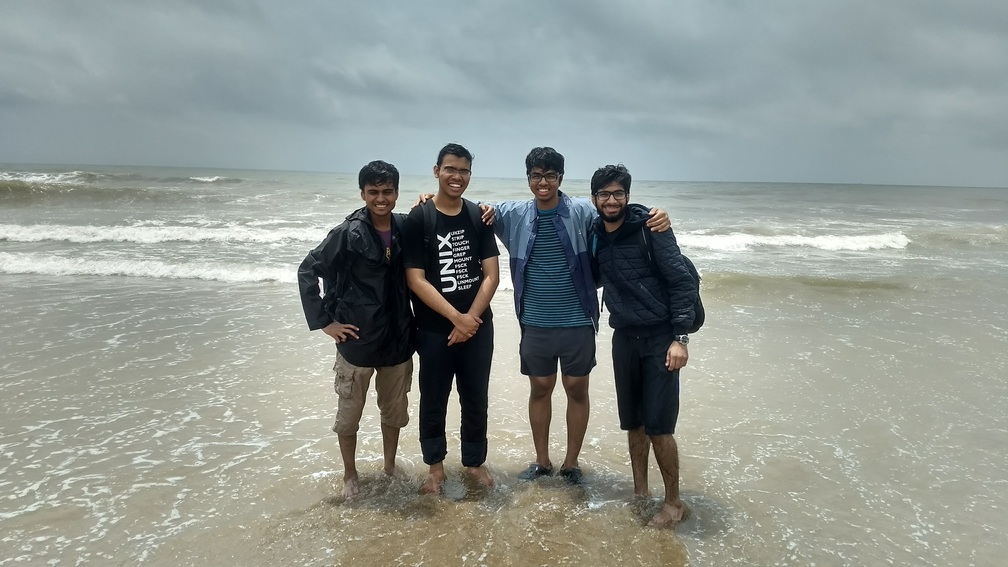 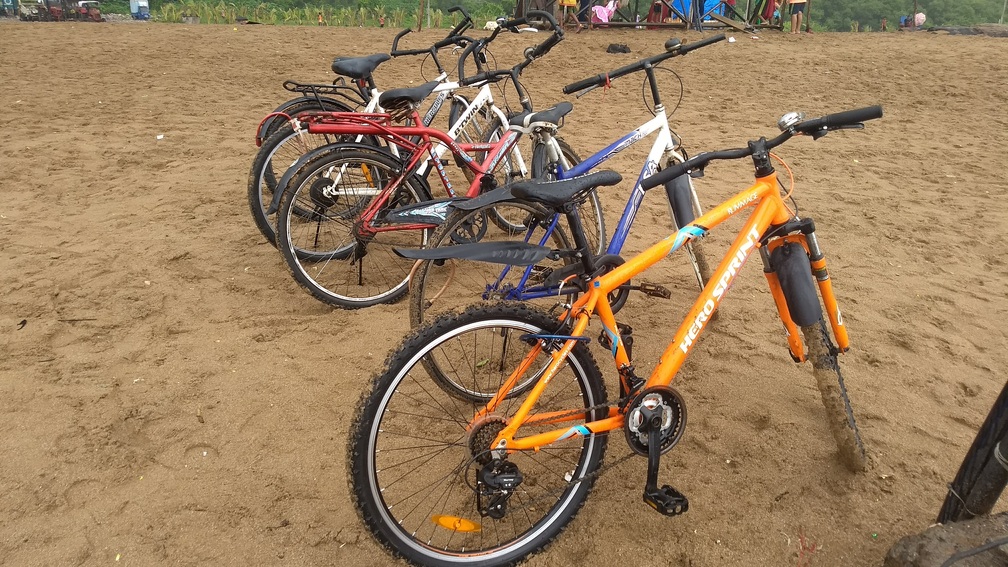 All activities were GPS-tracked using Runkeeper. We paused only at Versova Beach, during lunch and at one of the cycle breakdowns.

All in all, it was a great cycling experience. We clocked a low speed, owing to the long cycle breakdown stops, traffic and Google Map checks. Nevertheless, it was surely the best weekend thus far this semester! This trip reminds me of weekends during the summer internship, where I’d explicitly allot time for non-work activities after weeklong planning. Alas, these plans rarely materialize back home in Mumbai. But whenever they do, we do crazy things, right from visiting Byculla Zoo (No, seriously DON’T go there) to biking across town in a rainstorm. So I tweet back to Ayush,